By extending the product range for its eco-friendly pest control solution, Linde is not only preserving quality in imported fruits but also a growing export industry.

Pest-free export is essential if we are to enjoy the fruits from far off shores.

New Zealand. The 'Land of the Long White Cloud' with its diverse landscape and varied climate is one that is conducive to horticulture; particularly high-quality fruit production. Indeed, its horticultural export revenue in 2018 was a record $NZ 5.5 billion (€3.2 billion) with roughly a third of that attributable to the kiwi fruit alone. Kiwi by name but not exactly nature, the “Chinese gooseberry” is in fact native to China but became an agricultural commodity when commercialised by New Zealand in the 1940s and 1950s. The rest, as they say, is history.

Now, New Zealand is the #1 global exporter, shipping the fruits to 59 countries: from Europe, China and Japan to Antipodean neighbour, Australia. But such global shipment of fruit is subject to tight regulations in the interests of biosecurity – as Chris Dolman, Business Manager, Specialised Markets and crop science expert at BOC Australia explains: “One of the biggest risks in food security when moving produce around the world is introducing new pests into countries that they’re not yet in.” So, kiwis, like any other fresh commodities leaving New Zealand, must adhere to New Zealand’s food safety requirements as well as the phytosanitary, food safety, quality grade, and labelling requirements for the destination country. That means some post-harvest treatment to ensure pest-free export: namely fumigation. Linde’s crop science team has developed pioneering new eco-friendly products that help exporters meet these demands – while also supporting emerging export trades in other fruits such as stone fruits (apricots, cherries, nectarines, peaches and plums).

A flag bearer within the crop science product portfolio is VAPORMATE®: Linde’s eco-friendly, safe answer to today’s fumigation challenge. Now you don’t need to know much about long-tailed mealybugs to know that they’re not the sort of thing you’d want on your perfectly ripe, juicy kiwi fruit. So, the fumigation challenge, put simply, is to kill the pest in question without damaging the fruit itself or indeed, the environment. Traditionally, the industry has relied on fumigation agents such as methyl bromide, hydrogen cyanide and phosphine to meet this challenge but these have the potential to damage fruit. Also, due to its high ozone-depletion potential, methyl bromide is being phased out globally under the Montreal Protocol. Thankfully, the kiwi fruit trade no longer has to rely on these methods, since they have now been added to the growing list of commodities for which VAPORMATE® has been approved for use.

VAPORMATE® offers equivalent effectiveness to methyl bromide but with zero ozone depleting potential. The active ingredient is ethyl formate – a naturally occurring, non-residual substance which binds with cell proteins in the pest causing loss of cell function and death. On top of that, the business advantages of VAPORMATE® are clear: not only quality gains but efficiency gains by increasing cycle times and shortening venting windows leading to faster export shipments.

Keeping up with the stones

It may seem like a simple solution that ticks all boxes: so why the independent approval for individual commodities? Chris Dolman has the answer: “When it comes to agricultural fumigants, you need to develop data on every commodity on every pest to establish the right dose rate,” he explains. “The wrong dose rate will result in lower yield; it’s about balancing the optimal shelf-life while killing the pests”. For Linde, it’s a case of reinvestment rather than reinvention.

The data Dolman refers to is known as efficacy data: the paperwork which proves to regulatory authorities that VAPORMATE® works on new commodities without damaging them. “We keep investing into scientific studies in order to extend the applications of our innovative product,” Dolman says. “And by doing so, we are preserving and supporting local business and export trades.”

Along with the kiwi fruit, stone fruits, also known as summer fruits, have just made it onto the VAPORMATE® list. Whereas the kiwi fruit export trade is clearly well established, the summer fruits one is still emerging in New Zealand and showing great potential. Take apricots for example. As innovative initiatives to grow new varieties that cater for the export tastes literally start to bear fruit, Linde can offer an equally innovative solution to ensure that they can leave the country quickly, pest-free and in an eco-friendly way. A sweet solution all round. 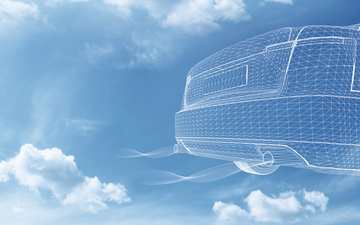 With the legislative belt tightening around emissions, Linde’s specialty gases are key in ensuring compliance. 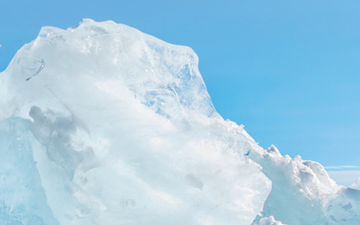 How Linde is future-proofing refrigerants

The next generation of air conditioning and food freezing coolants will be more sustainable than ever.

To enhance your user experience and to deliver our online services, this website uses cookies for reasons of functionality, comfort and statistics. By continuing to browse the site, you are agreeing to our use of cookies.
You can find out more on our data protection information.