The key to the self-driving car of the future lies not with car makers but rather with chip makers. But the key to making reliable, quality chips lies in Linde’s specialty gases.

The semiconductor content in our cars is on the rise with electronic systems expected to make 50% of their total cost by 2030. Indeed, as the pending self-driving cars of the future become more akin to super computers on wheels, the giants of the electronics world are muscling in on the automotive market. As of 2017, for example, Intel has teamed up with BMW; NVIDIA provides the brainpower for Audi and Toyota; and not to be left behind, Samsung announced a €300 million fund to develop “automotive innovation”.

This reflects a major shift in the semiconductor industry: the demands that these next-generation applications put on semiconductor and processor performance is on another level. “The likes of smartphones and PCs still have a role to play, but the signs of saturation are evident,” says Jeff Chiou, Director of Linde’s new electronics R&D lab in Taiwan. “The greatest potential lies in autonomous driving and medical applications.”

Next level performance calls for next level build quality – especially given the use case of autonomous cars. At the end of the day, if a chip fails on a smart phone, the system crash is about the extent of the damage. If system-critical electronics fail in a self-driving car, the resulting crash could be a matter of life and death. This necessitates exacting requirements across the board, from the operating lifetime to the operating conditions (e.g. temperature, humidity). Quality and reliability have never been so important.

Linde – who supplies the specialty gases and chemicals essential for semiconductor fabrication – ensure these demands are met by meeting the quality expectations, and then some. 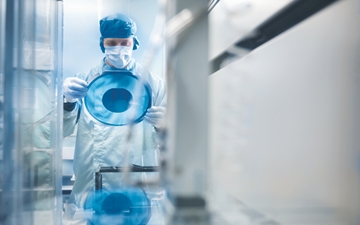 Supercomputers on wheels: The future of mobility depends on semiconductors – which depend on Linde’s specialty gases. 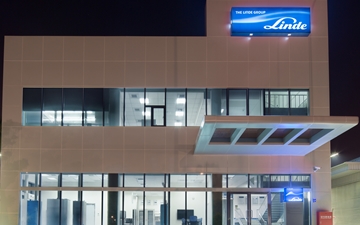 Asia: The future of fabrication

While San Francisco remains the hotbed of self-driving activity, the heart of the electronics industry beats in Asia, with around a quarter of all chips produced worldwide originating from fabrication facilities (fabs) in Taiwan.

With neighbouring China investing billions in building up its domestic semiconductor industry (having previously been mostly a buyer on the $335 billion global market), the market is only set to continue to grow. As such, around 80 percent of Linde’s future electronics business will be based in Asia. And so, what better place to open its most advanced research and development centre to date?

Opened in September 2016, the Taichung electronics lab in Taiwan boasts top minds from Linde as well as experts from the Taiwanese Industrial Technology Research Institute (ITRI) and, of course, representatives of the various industry sectors. It is a hub of innovation: of which gas is the foundation.

But where exactly do the gases come in? The short answer: at nearly all of the over one thousand process steps it can take to build today’s most advanced chips.

Every chip starts with a ‘wafer’ made of pure semiconducting material such as silicon. Thin layers of different materials are added to the surface of the silicon wafer, by way of deposition (additive) and etching (subtractive) chemical reactions – each requiring various reactive gases such as nitrogen trifluoride (NF3), tungsten hexafluoride (WF6), germane (GeH4) and nitrous oxide (N2O). Other specialty gases are also used for ‘doping’ i.e. altering the properties of the semiconductor crystal to improve its conductivity. Gases are even used to clean the process chambers afterwards.

The mesmerising thing about all of this is the scale: we are talking about intricate structures that are now in the nanometre (millionths of a millimetre) range. This is a universe invisible to the naked eye, where a human hair looks like a giant tree trunk in comparison. Reproducibility of these structures to the highest quality and reliability standards is one of the key research areas for Linde. 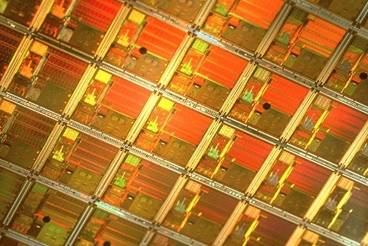 The silicon wafer up close: Linde specialty gases are key to the additive processes by which these are built.

The purest of pure

Contamination is the single greatest risk in any fab. Clean rooms are controlled to eliminate all dust, since even a single speck can ruin a microcircuit. But contamination via impurities in the gas is also a potential source – hence the importance of Linde’s role in providing only the highest standard of electronic gases.

“The tiniest changes in gas composition can have serious repercussions," explains Jeff Chiou, "Take plasma etching, for instance: even 0.0001 percent – which corresponds to 1 part per million or ppm – impurity inhibits the effectiveness of the fluorinated gas used. Among other consequences, this can mean that the trenches isolating the individual circuits on the semiconductor material are not deep enough – rendering the chip useless.”

At the newly established lab, Linde’s experts and their industry partners are striving to eliminate such chemical variability. Alongside analytical processes, the focus is also on new formulations – so developing new gas products that enable the semiconductor industry to make further improvements to manufacturing or even take off in completely new directions.

Organic light-emitting diodes (OLEDs) are a case in point here, promising even more vibrant images on ever-thinner screens. Key to this development are smaller, more powerful transistors consisting of new semiconducting materials such as metal oxides. Up to ten different gases are used in the production of a single transistor, with nitrous oxide, otherwise known as laughing gas, playing a particularly important role.

So, in years to come, when you’re cruising across town hands-free, deeply engrossed in a movie on your mobile device or even beaming on one of the car’s many screens while the system does all the driving, just think: thank goodness for those gases. 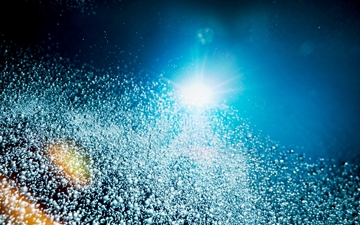 As competition for water increases, Linde works to alleviate some of those conflicts with the help of CO₂ and SOLVOCARB®. 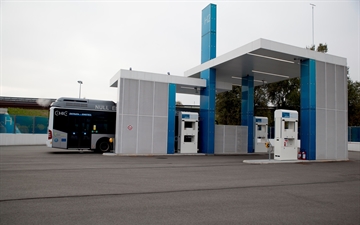 The future of mobility lies in clean drivetrain technologies. See how green hydrogen-powered buses in South Tyrol are leading the charge.

Read more
To enhance your user experience and to deliver our online services, this website uses cookies for reasons of functionality, comfort and statistics. By continuing to browse the site, you are agreeing to our use of cookies.
You can find out more on our data protection information.